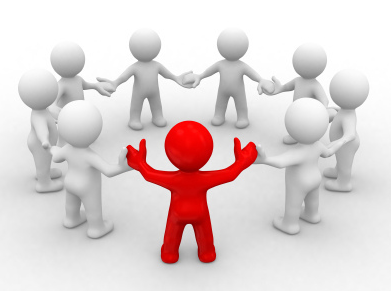 If you run your own business, then networking can be a fantastic tool for growing your personal brand, as well as giving you the opportunity to learn from other business owners. Of course, a networking event isn’t the same as making new friends on the playground – and it’s easy to get lost, or even intimidated when approached by crowds of professionals.

Fortunately, we’ve got a few tips and tricks at hand that could help you to ensure that you not only make a good impression the next time you try to build some industry relationships – but that you walk away feeling happy, confident, and ready to tackle your next business hurdle.

Networking events might seem like a great place to try and sell your products to potential investors – but that’s actually not what they’re for. If you go in with a sales pitch, then the chances are you’re just going to annoy the people you’re supposed to be building a rapport with. Remember, the aim should be to connect with new people, get as much information about the industry as possible, and potentially leave with a few new connections that you can use later on.

When you’re sharing what you do with other people, try to get it across in two or three sentences. Everyone in a networking event is in the same position as you – they need to talk to as many people as possible – which means they don’t have an hour to listen to you drone on about your personal accomplishments. Be quick and effective, but try to be polite too – you don’t want to seem like you’re trying to get the conversation over with as quickly as possible.

While the things you say about your business to other people should preferably be as brief as possible – that doesn’t mean that you should try to rush them when they’re speaking to you. Listen to what the people you speak to have to say – you might actually learn something.

All of those people who gave you a business card with their phone number, email address, or website on aren’t going to be annoyed if you follow up with a quick correspondence – in fact, they probably expect it. Make sure that you send personalized messages, and reach out as quickly as possible after the event so that the people you’re talking to haven’t had chance to forget all about you!

3 Ways to Promote Your Next Event (with Style)